There is a range of movie genres present, which people love viewing. But apart from its storyline, there are a few facts about every movie which makes it even more interesting to view, and it is the same thing that we will be doing in this article. In this article, we look at some coolest movie facts that will make you either love the movies you have watched more or increase your interest in watching them.

Let us get into the details.

Do you like the character of Flynn Rider from the movie Tangled? He is a good-looking, smart guy who is very impressive.

Well, his character was not just built overnight, but the building of his character is a very interesting story. The designers in the studio just picked up the different attributes of their favourite Hollywood actors. Then they placed together all of the attributes and created Flynn Rider. See, it turns out he became a very handsome character.

This is a great example of Joaquin Phoenix’s dedication while he agreed to play the role of the Joker. The character of Arthur Fleck required so much dedication that he decided to work hard for it and lost around 52 pounds just to play the Joker. He got in touch with his doctor, who helped him in this; however, when the filming ended, he was quick to gain back 25 pounds.

Sometimes actors have weird demands before they agree to do a role. AT times these demands help to refine the character further, and other times it does not suit the character they play. The same thing happened in the case of Willy Wonka and the Chocolate Factory.

Gene Wilder read the entire script and was simply in love with it; however, the actor felt that there may have been some part in it that was missing and decided to complete it himself. He then described the entire situation and scenario he had created in his mind to the director, who straight-up loved it.

So, how do you like the interesting and amazing facts that we have shared with you? Sounds fun, right? The internet is filled with these, and you can enjoy them as you go through them. 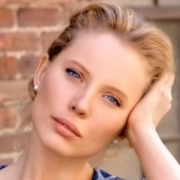 Cheryl Lyone is a results-oriented person who can operate under pressure. Her performance skills are driven by a desire to provide guests with exceptional experiences.